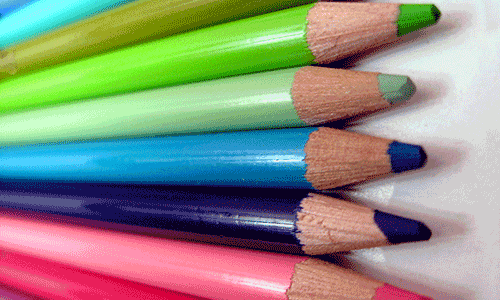 This is Part II of our series on building an integrated marketing plan. You may want to check out Part I — Target Audiences. I’ll reference a lot of that content in this post.

In the last post, I shared the CARVER method to analyze and prioritize your target audiences. I included an analysis from a project I worked on several years ago that would allow grocery stores in Tennessee to sell wine.

CARVER is comprised of six categories. Here\’s a quick reminder about each one:

Let’s walk through my rationale from some of the target audience scores. 5 is a high score. 1 is a low score.

Desired behaviors: Vote for the legislation

Desired behavior: Write editorial in support of the change

The easiest way to prioritize your target audiences is by total score. In my case, consumers rank highest followed by editorial boards and then legislators.

Consumers were naturally the most important audience of this effort and the CARVER analysis bared that out. Any success depended largely on demonstrating that consumers wanted to buy wine where they buy food and mobilizing them to contact legislators.

Fortunately, Red White and Food was incredibly successful in this regard. More than 25,000 consumers joined the campaign during its seven years. And they wrote an equal number of emails to legislators asking for them to support the measure (NOTE: The legislation finally passed the General Assembly in 2014 and was signed into law by the Governor on March 20.)

Editorial boards ranked second in our CARVER analysis. Positive editorials were another proxy of consumer support because editorial pages often gauge the level of community support for an issue.

Legislators ranked third. This may seem odd because legislators would ultimately decide the fate of any bill. The reason they ranked low were the scores for accessibility and vulnerability. The marketing campaign would have a little effect on legislators. We needed the help of lobbyists, who had day-to-day access to legislators, so we scored that a 1. Similarly, legislators have strong opinions about alcohol issues, so they would not initially be vulnerable to the marketing messages. With the help of lobbyists, this vulnerability would change over time.

This brings me to an important point. Your CARVER scores can change over time depending on market conditions. It’s important to conduct a CARVER analysis once a year or more as your campaign evolves.

Low CARVER scores are not the end of the world. In fact, they may represent opportunities.

For any low score, I would reassess that target audience from the beginning and ask yourself, “What do we need to do to improve each score?” Record everything you brainstorm for future content and channel planning.

Low scores are also an opportunity to educate the HIPPOs in your organization. This is where the additional scoring in CARVER shines. It\’s easy to say that a target audience is high on criticality and, therefore, should be your top audience. But if the other CARVER scores are low — especially accessibility, vulnerability or return on effort — then you\’re likely to spend an inordinate percentage of your budget on that target audience.

I’m a firm believer in segmentation and the insights you can gain by going through the CARVER process.

Let’s focus on the recognizability scores. In each case, our score was a 5. That tells me that our campaign is highly measurable, which I would emphasize to the client, and that we should definitely build dashboards to share with the client. If the scores were low, I would rethink my desired actions so that I could measure them. Measurement will be a common theme throughout this series.

Vulnerability is another measure that I would analyze in depth. Legislators aside, the vulnerability scores in our CARVER analysis were strong. The scores would have been lower if this were a new concept or we were going against the prevailing community sentiment.

A low vulnerability score means that you will have to work a little harder on messaging and calls to action. If the other scores are high, it’s also an opportunity to ask for additional resources, such as outside counsel or writers to help craft the message.

A low vulnerability score is also an opportunity to ask for more content pieces and budget to distribute the content. Again, we’ll cover these in future segments.

At this point, you should have a good idea of how to use the CARVER method and a better way to analyze your target audiences.

Best of all, you have rationale to support the decisions you make in the future about content and channels.

Our next step is to focus on content — the second part of the integrated marketing model.

Like CARVER, I’ll introduce some thoughts to score and prioritize your content ideas for each target audience.

As always, your feedback is welcome.