Two measures of authority and the case for Google+ 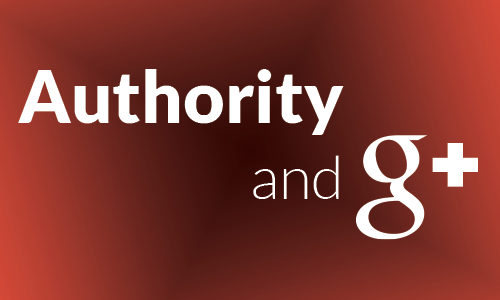 UDPATE: Google nixed authorship functionality in late August 2014. Only time will tell if they reincarnate authorship in a new form.

You’ve probably never heard of Eugene Garfield. He is the founder of Institute for Scientific Information (ISI), which tracks citations in academic journals. The company measures the prominence of research articles — and their authors — based on the number of citations in subsequent articles.

Is there anything more authoritative than winning a Nobel Prize?

ISI’s business model is based on this type of citation analysis and allowed researchers to rank authors and the content they produced.

In 1999, Sergey Brin and Larry Page authored a paper  applying the concepts of citation analysis to what was then know as the World Wide Web. The pair would go on to found Google and change marketing forever.

Google’s foundation is citation analysis on a massive scale. From the beginning, Google has measured links among web pages the same way that ISI measure citations in scientific journals. In general, links from quality website improve the odds of a particular page ranking highly in search engines.

It’s hard to argue that Google has perfected the science of ranking content, which now includes far more than links.

But what about authors? Remember the first half of Garfield’s finding: Nobel Prize winner publish five times more.

Many believe the company has been tracking author for years through Author Rank. The impact on search results is debatable.

Most of us do not have scientific journals and Nobel Prizes to demonstrate our authority. And most of us aren’t going to publish book. For us, our path to authority will come online.

Let me know your thoughts.